Your child. Their Dreams. Our mission. 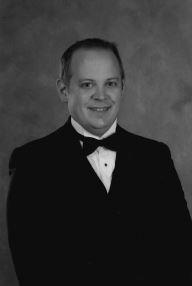 I have been teaching 18 years in Texas Public Schools.  I am a graduate of Texas A&M University Commerce.  Upon graduating I taught privately for Grapevine and Keller ISD's.  In 2005 I was awarded the position of assistant band director/percussion coordinator at Mabank High School.  After serving 9 years with this school my students earned many awards and accolades including, over 30 students making the all region band, 13 students advancing to area, consistently earning the highest ratings at state solo and ensemble, and placed two students in the All State Band.  I then moved to Rockwall Heath HS were I spent the next two years continuing the same level of success. In summer of 2015 I was offered employment at Aledo HS.  The Aledo drumline placed 2nd place in the HEB drumline contest and the marching band went on to become a top 10 finalst at UIL 5A STATE MARCHING CONTEST. In January of 2016 I was offered the opportunity to serve as the Head Director of Bands for Millsap ISD.  While at Millsap we have seen tremendous growth including the first UIL sweepstakes at the High school level, the first UIL trophy at the Middle school level, advancing to Area marching contest for the 1st time, the first students to ever attend state solo and ensemble, the first superior rating at State Solo and Ensemble, advancing to the area level in the ATSSB OPS competition, and finally the first two students from Millsap ISD to be named as members of the Texas All State Band of 2020.  In 2021, to continue the pattern of success, MHS once again placed a student in the ALL State Band.  The "Pride of Millsap" is currently on it's 4th consecutive year of being a UIL sweepstakes program.   I am committed to building quality music programs that students will pride themselves with being a part of.